We at Lederstore love Christmas! Delicious food, a cozy atmosphere, being together with the family, Christmas lights, a beautiful large decorated Christmas tree, favorite days that we always look forward to! At Christmas you want to make your house extra cosy. In addition to the beautifully decorated Christmas tree, a decorated fireplace or mantelpiece should not be missing. More and more often we see Christmas socks hanging on the fireplace or mantelpiece. A beautiful illuminated garland with the Christmas socks of the family. You can go for the classic red/white sock but perhaps you'd prefer something really special, namely a cowhide sock! 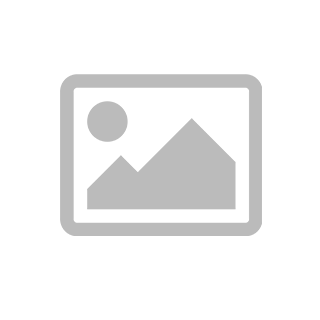 Where does the tradition of Christmas socks come from?

The tradition of Christmas socks goes way back. Nicholas a kind noble man born about 280 AD came from a wealthy family but unfortunately both his parents died during an epidemic. A true follower of the principles of Jesus Christ, Nicholas became a Christian priest where he used his wealth to help the poor, sick and suffering.

Although Nicholas never married and had no children, he loved children immensely and often gave gifts to the children of his hometown. Nicholas always gave his gifts late at night so that his identity would remain secret. Therefore, the children were always told to go to bed early or Nicholas would not visit. Eventually, Nicholas was named the patron saint of children and sailors and he then came to be known as Saint Nicholas.

Throughout the centuries, several stories and legends have been told about the life and deeds of Saint Nicholas. One of the most famous stories is about a poor farmer who lived happily in a small house in Patara (Turkey) together with his three daughters and his wife. However, their luck was not in their favor when the wife died suddenly due to illness leaving the husband and his three daughters in despair. All household chores now rested on the shoulders of the three daughters, while their father slept the days with a heavy heart (unhappy).

When his daughters reached marriageable age the poor father became even more depressed knowing that he could not get his daughters married. In those days one had to offer the future husband something of value, called a dowry. Without the dowry, the daughters would probably not be able to marry. Desperate, the father kept looking for a solution to allow the daughters to marry while the daughters did the housework.

This story led children to hang up their socks in anticipation of a gift from Saint Nicholas. The tradition of the socks originally began in Turkey where they were used on Saint Nicholas Day also known as December 5 (St. Nicholas). Increasingly, the socks were used for Christmas Eve. Since they are now part of the traditional Christmas decorations.

The tradition of hanging socks has changed over the years. Where very early on in the legendary night gold pieces were put in the socks, people started using big socks. For example, the large socks of father. Because a big sock meant more gifts! Nowadays, socks are about the size of a boot with each sock having the name of the family member (and sometimes the name of the pet!) on it.

Today, socks are no longer (often) filled with gold coins but with small stuffers or fillers, aka small Christmas presents or gadgets. Think of toys, candy or fruit. As Saint Nicholas used to do for the children of his village.

We regularly receive super cool Christmas sock inspiration photos from our customers. Are you looking for ideas for your home or maybe you want to hang some cowhide Christmas socks in your office? Then take a look at the pictures below and get inspired!

Want to see even more fun and cozy cowhide Christmas sock inspirations? Then take a quick look at the inspiration room.